If the last 12 months have taught me anything it is that I was incredibly well prepared when it came to having things to do in the event of lockdown during a global pandemic. I’ve not needed for a single item of craft materials at all. But, I didn’t factor into my plans having to home school two kids whilst looking after a toddler too!

When I see all these pictures of people’s amazing lockdown creations I have to remind myself that I may well have been able to do similar if I hadn’t been grappling with Year 6 English grammar and facilitating Year 3 science experiments! My ridiculous level of craft supplies did make me realise that I really need to finish some projects off before buying anything new, so that’s exactly what I’m planning to do in 2021 and just over three months into the year I’m rather proud of my efforts so far.

Anyone who used to follow me back when I was Mrs C will know that I am a crochet addict, and taught myself to crochet after falling in love with Lucy from Attic24’s amazing crochet blankets. Over the years I have bought myself three of her kits, but until recently two of them sat unfinished as I acknowledged that I’m absolutely useless at sewing in ends as I go along! 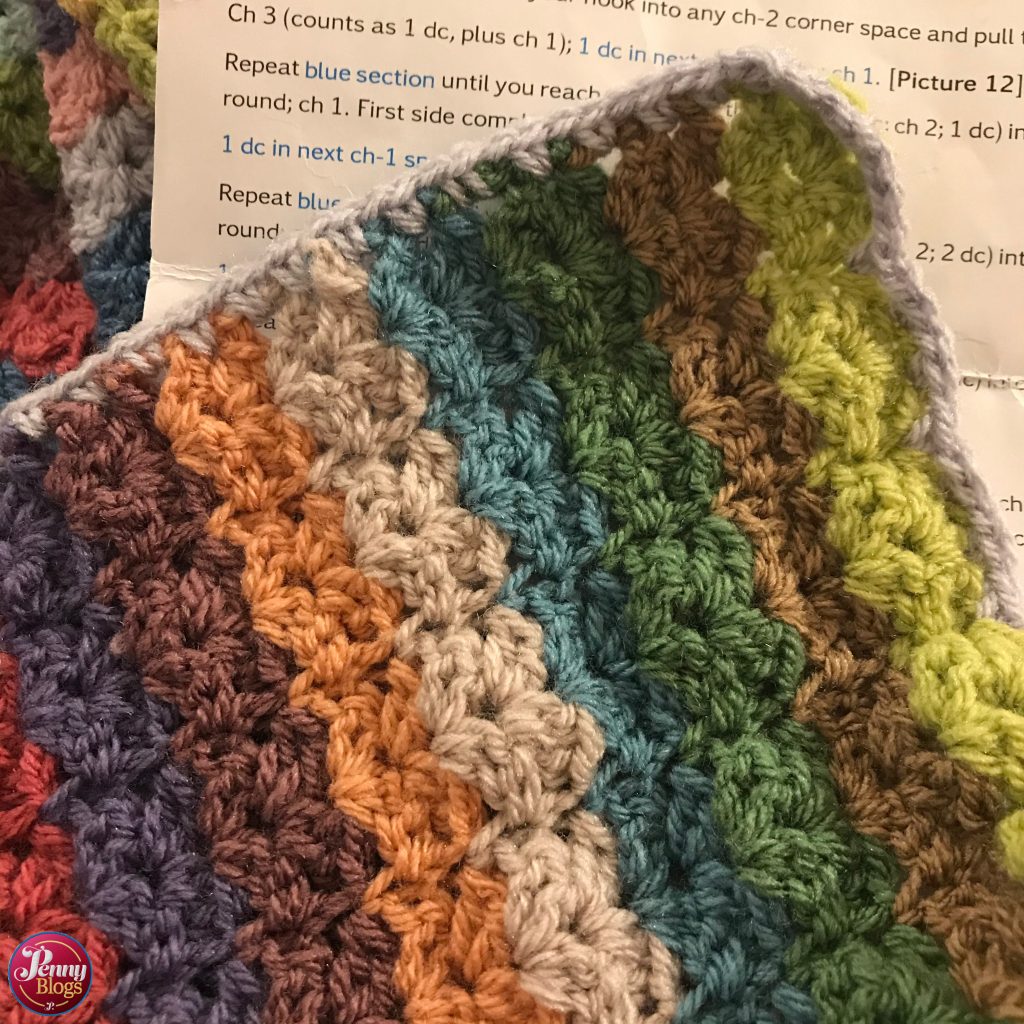 With the Hydrangea I’m not entirely sure when I actually started this blanket, but I do know that I was already working on it when I first met my husband nearly four years ago. It’s seem me through quite a lot over that time and in a way the idea of finishing it felt a little strange after it had been such a constant in my life. But finish it I did. I also challenged myself to start sewing in ends before I actually finished all the rows. For every colour stripe that I completed I made myself sew in 5 ends before starting the next. It sounds so simple, but was actually a real challenge. Once I started motoring though the last few stripes though the motivation to get it finished took over and it wasn’t long before I could actually move straight on to the edging and finish it all off. Quite an achievement. 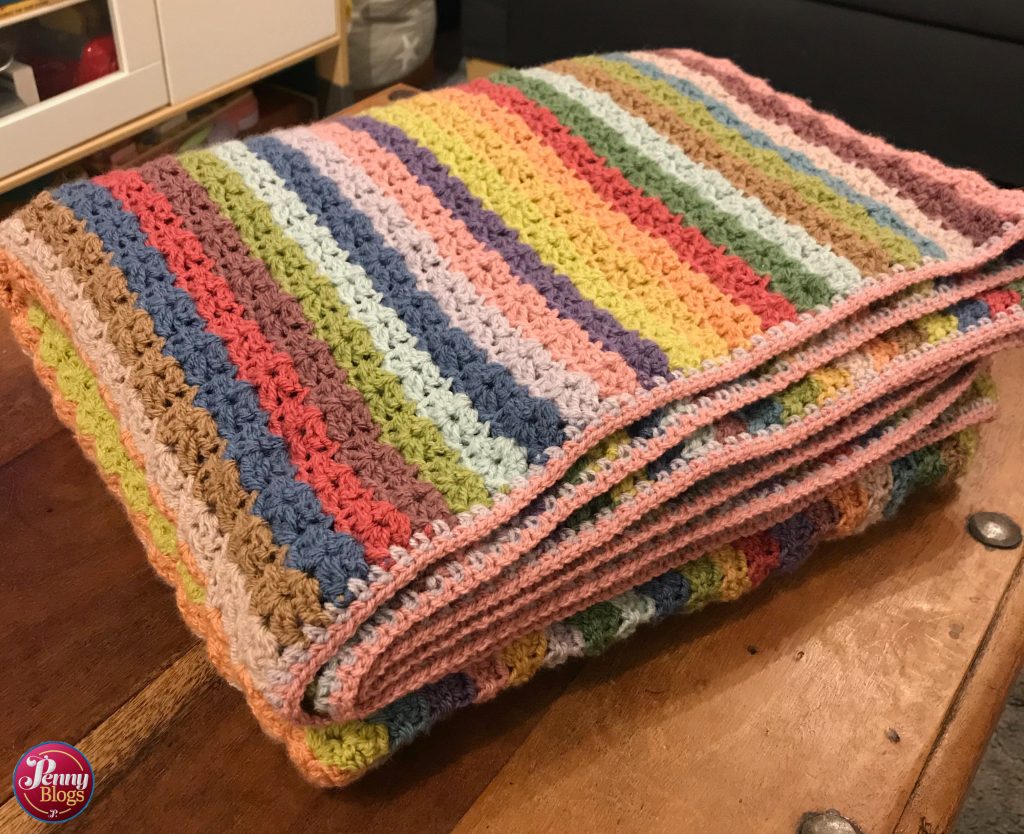 The second blanket had been in my basket for even longer. Looking back I think the Moorland CAL started just after Christmas 2016. I bought myself a kit as a Christmas present and also bought my mum one at the same time. She was a relatively recent crochet convert and I thought it about time she tackle a big project. I managed to roughly keep up with the crochet along itself, but then the dreaded ends started haunting me and once I was left with nothing else to do but sew them in it just sat there on a chair for years. Literally. It’s moved house twice with me in its incomplete state and I was beginning to wonder if I’d ever manage to finish it. 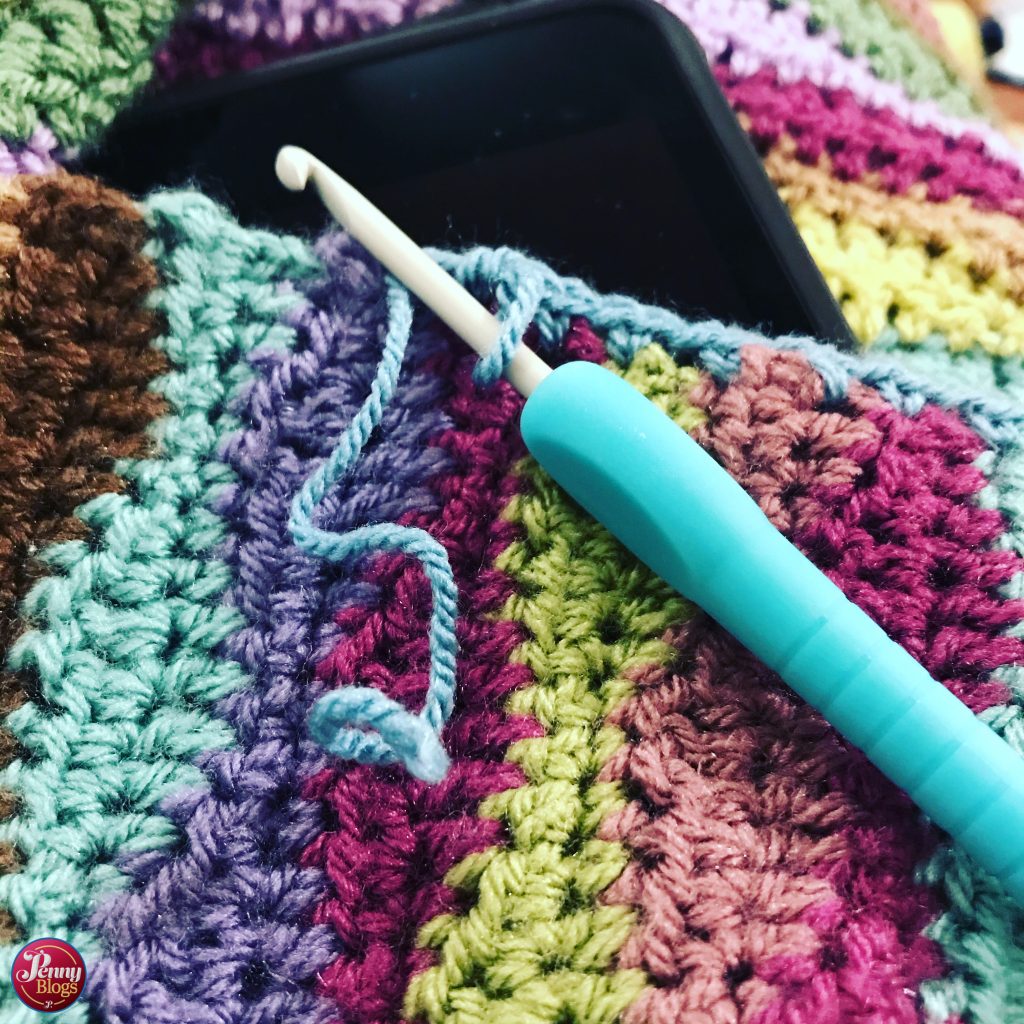 Mind over matter finally kicked in and after several nights sewing in ends (although not as many as I feared!) I was able to start thinking about the edge. The only problem being that I couldn’t actually find the yarn I needed to do it. I was able to make a start based on extras I had in my yarn basket, but knew that somewhere I had kept all the officially Moorland leftover yarn for when the day came. The problem was I’d put it in a safe place before those two house moves!

I cracked on regardless though with what I had and was hoping that I would have enough, but quite soon disaster struck. A meter of blanket edging to go and only a couple of inches of yarn left. A plea for help on Instagram brought along a lovely lady that I’ve only ever spoke to via the platform and she so very kindly popped a bit of yarn in the post for me. Thank you so much! 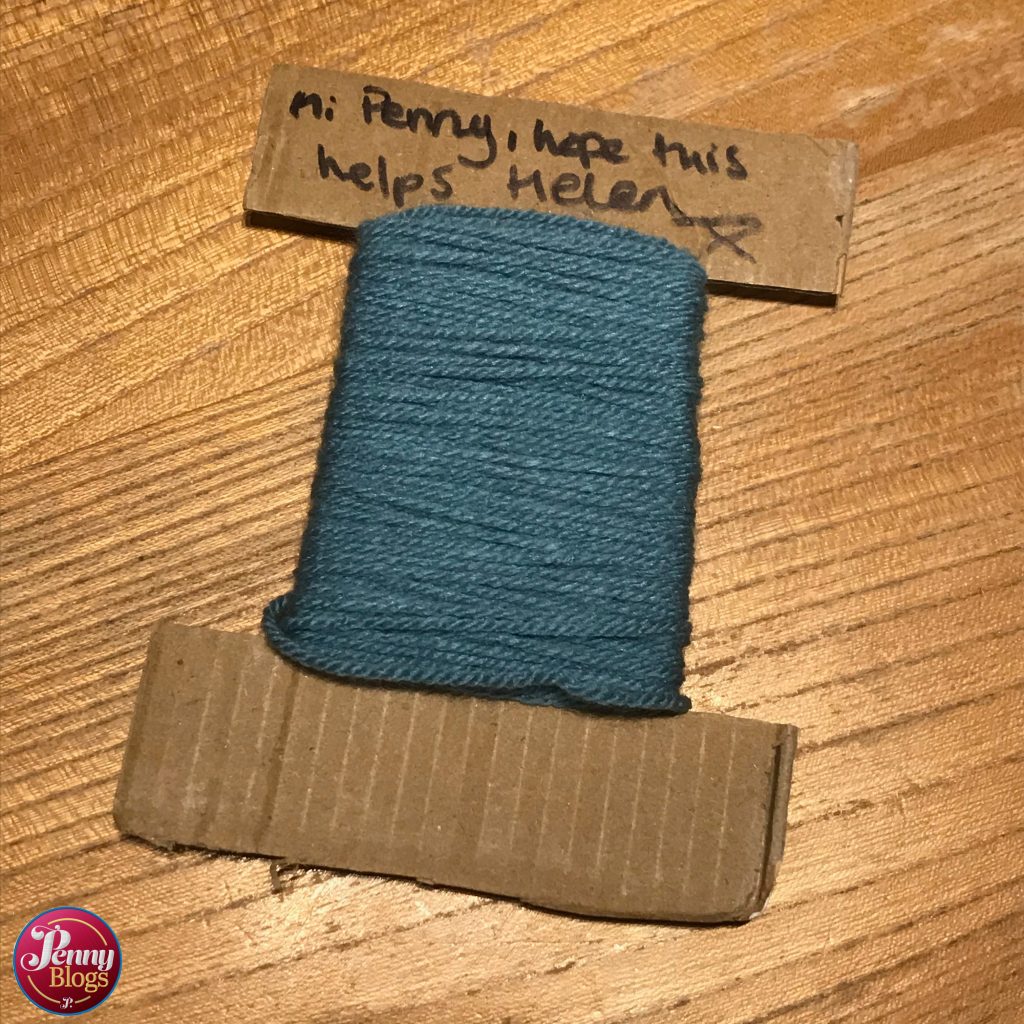 With one yarn near disaster under my belt I was beginning to think about replanning the colours for the remaining rounds of the edging yet a sudden urge to look inside an old hamper on top of the fridge freezer in our garage revealed the safe place that I’d stashed the left over yarn in over four years earlier! To say I was relieved would be an understatement.

The edging consists of four rounds and I actually deviated from Lucy’s planned colours and swapped the grape for plum as the rich purple is the colour that I love most in all the beautiful moorland tones. If you’re unfamiliar with the blanket I should say that it works it way upwards from the greens, peaty browns and heather purples of the Yorkshire Moors and gradually works up to a blue sky. For anyone that loves the moors it really is a perfect reminder of them and one that I hope one day I will take with me when we eventually move back up to Yorkshire – planned for when the middle child finishes secondary school we hope. 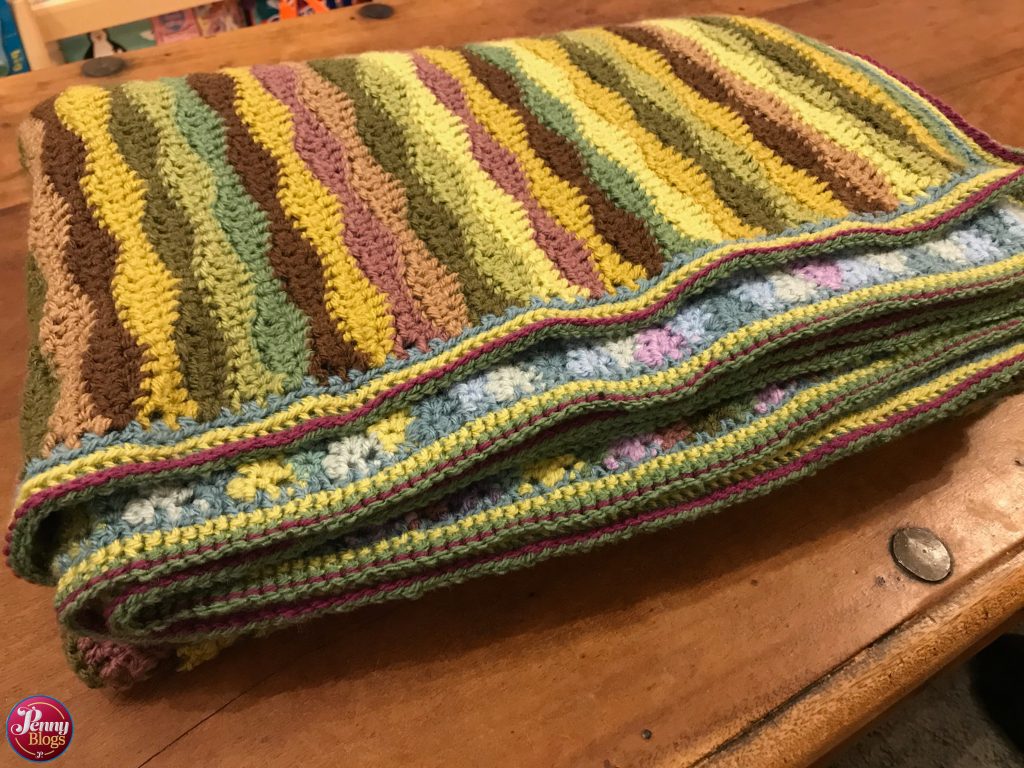 To say I’m proud to have finished would be an understatement. I also weirdly feel relieved too. The two blankets feel like they have been hanging over me in a weird way for quite a long time too. I already miss not having a crochet project on the go and I’m having to try very hard to always have something crafty that I can quickly pick up and get on with when I want a moment’s calm. I won’t pretend I’m not itching to buy another Attic 24 kit and have my eye on the kit for her original Granny Stripe blanket. I’m just trying to make myself hold on until I’ve got a few more completed projects under my belt to justify it. Let’s hope I’m not making myself wait until the very end of the year or else it will become a Christmas present to myself!

Now I just need the weird April weather to calm down a bit so that it’s warm enough (and not snowing!) so I can take some decent photographs of both blankets. The colours of the Moorland in particular are so gorgeous, but you really need to see it all laid out to appreciate it properly rather than folded up.