The problem with moving somewhere new and knowing no one is knowing no one. I work from home and my kids are staying at their old schools back in a neighbouring town, so my opportunities to get to meet new people are somewhat limited locally.

For me, one obvious way to do so was to pop along to the local WI. I’ve been a WI member for four years now and I absolutely love the Herts Belles back in St Albans. In that time I’ve made some brilliant friends, learnt some new skills and had an amazing amount of fun. I realise not every WI is quite the same, but talking to this local one they seemed friendly enough on Facebook when I enquired about meeting details. 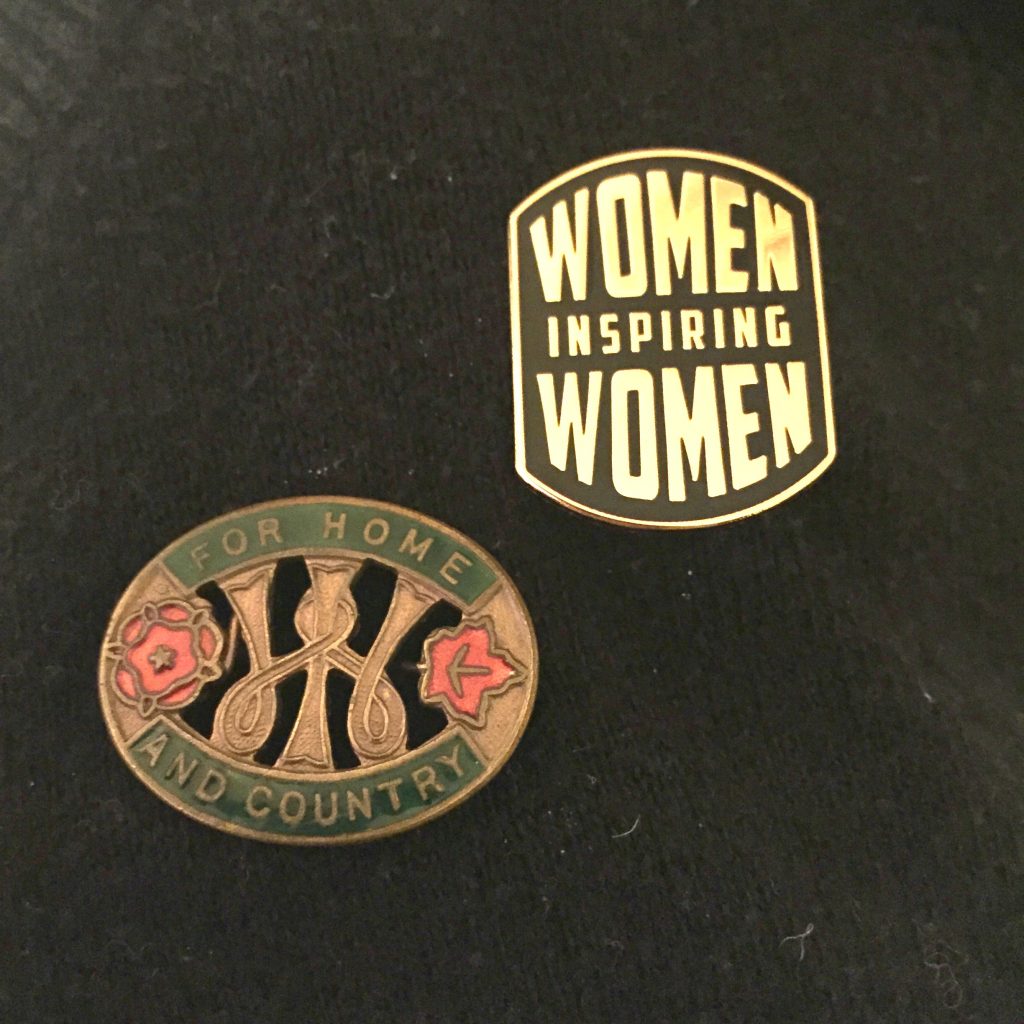 So last night I went along, trying to ignore the slightly nervous feeling in my stomach. With it still being school holidays locally they weren’t meeting in their usual venue, but instead at a local church. I knew roughly where I was going and pulled up in the car park outside slightly surprised to see quite so many women heading towards the church. I’d looked at their photos on Facebook and whilst they seem to have a healthy number of attendees I didn’t think there were quite this many.

I followed them towards the door of the church where I met three women who instantly asked “are you here for WI?” I uttered the word “yes” and before I could say any more the door was held open for me and one of them said “excellent, we can follow you then”. I quickly explained that that probably wasn’t the best idea, seeing as I’d never been there before, but it seems the only hall these women they could find in the church was for Slimming World!

After a quick discussion as to whether or not this was some sneaky NFWI ploy to get us all to lose a bit of weight, we tried several doors before venturing down a dark corridor and finally finding a room in which they at least recognised most of the women inside.

Once there everyone was delightful and incredibly welcoming. They were all very keen to find out about the Herts Belles and where I was living locally. Space was made for me to sit next to someone and I was given a quick run down of how they do things there. I’ll be honest and say it is a much older and traditional WI that I am used to, but I was made to feel so welcome by everyone there.

The official part of the meeting was done much more formally than I’m used to (I’ve certainly never had a set of minutes read out in full before) but I was surprised to find that they don’t actually sing Jerusalem, as I’d expected them to do so.

It was also interesting to hear about meetings that they’d had previously and also about future meeting and trip plans. I realise that with the kids I’m not going to be able to attend all meetings but it still seems like they have a nice bit of variety throughout the year.

Tales of a recent Gyles Brandreth event (that I think was a county event) and his advice for public speaking (“always make sure you have your nipples pointing forwards at your audience”) led our speaker for the evening into talking about how he was once researching Victoria vibrators and came across “nipple jumpers” which were apparently a thing to give people the look of erect nipples that you might get on a cold day, even when the wearer was warm. It was quite a start!

What he was really there to talk abut was Victorians and death. They way that they mourned the dead, what they did with their dead and how Queen Victoria pretty much ruined the whole mourning “business” by choosing a white funeral for when she died. All this with the occasional background noise of screams from a drama group that were rehearsing in a nearby hall. It certainly set an atmosphere!

It may all sounds like a bit of a morbid topic, but was actually fascinating. So much so that a few of us from the Herts Belles are now wondering about booking a little trip to Kensal Green cemetery in London for a tour.

Talk over, vote of thanks delivered, it was time for a cuppa. Being polite I held back a little and chatted to a few people before getting my (excellent) cup of tea and a nice biscuit to go with it. I then sat down and continued my conversations with a few of the women I’d met whilst slowly drinking my tea.

I noticed the President sat back at the table wearing her coat and looking a tad concerned. Also, a couple of other women who had headed off after the vote of thanks seemed to have returned to the hall. News soon spread around to tell us that there was a slight problem. We were locked in!

Yes, it seems that as we weren’t regulars there on a Thursday evening, and were tucked away down a dark corridor, we’d been forgotten about and locked into the church complex. I knew some WIs can be a bit “wilder” than others, but I certainly hadn’t been expecting a WI lock in at my first meeting!

I dropped my boyfriend a text to let him know that the meeting had finished, but saying that I wasn’t quite sure when I would be back as we were being held captive somewhat. “Well at least you can drink tea whilst you wait” he replied. Well, not really. There I was taking my time over my cuppa and enjoying chatting when a woman appeared at my side and told me to drink up quickly as there was only me and one other woman still with cups and they wanted to be able to finish the washing up. Well that told me. I don’t think I’ve ever drunk hot tea quite so quickly.

Apart from the rushed tea drinking and being held captive it was a lovely evening and so nice to actually meet some local people. It was also my first step towards becoming a bit of a WI tourist too. I find it fascinating just how different WIs can be despite working towards the same aims and goals. I’ll be becoming a dual member when I go back, but I’m also looking to broaden my WI horizons a bit more and find out what other local groups there are so I can see if there are any more meetings or activities that I can join in with in the area.